ARC Group Inc., parent to the Dick’s Wings & Grill casual-dining concept, is working toward a purchase of the struggling Tilted Kilt Pub and Eatery concept, the company said this week.

Jacksonville, Fla.-based ARC wants to complete the purchase of the 47-unit Phoenix, Ariz.-based Tilted Kilt within the next three months, said Rick Akam, CEO of the company formerly known as American Restaurant Concepts and owner of the 23-unit Dick’s concept.

“ARC wants to complete this transaction, but we just need to take a step to get the financing to do so,” Akam said in an interview Tuesday.

As an intermediary step, Tilted Kilt has executed sale agreements with SDA Holdings LLC, a company owned by Fred W. Alexander, who is a member of ARC’s board. SDA is funding the purchase with a loan from Seenu Kasturi, ARC Group’s chairman, primary owner and chief financial officer.

“When we get some financing in place through ARC, we’ll complete the transaction,” Akam said. 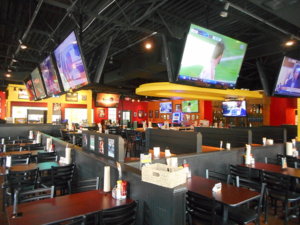 “We’ve been working with the Maxim Group out of New York, and we’re pretty far down the pike as far as going out and making a raise to do this transaction,” he added. “If I had to estimate, it’s two to three months away.”

All but two of Tilted Kilt’s 47 units are franchised, and Akam said the remaining system has 37 franchisees for the 45 units.

The heavily franchised system is similar to Dick’s Wings, which ARC bought in January 2013, he said. ARC owns and operates two of the units and the remainder are franchised. The casual-dining units generally cover 3,500 to 4,500 square foot; about half the restaurants have full liquor service and the other half offer just beer and wine. Dick’s Wings units are in Florida and Georgia.

Akam, who started with Atlanta-based Hooters in 1984 and served as president and CEO until October 2003 as well as worked with Dallas-based Twin Peaks in 2011 and 2013, said ARC has been able to hone the Dick’s Wings & Grill format.

“We were able to take Dick’s Wings & Grill from a 14-unit chain in 2013 up to 23 units,” he said. The brand has two concessions at EverBank Field home to the Jacksonville Jaguars National Football League team. 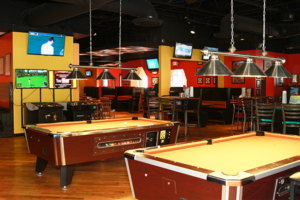 “It was a struggling chain started in 1994,” Akam said. “What we were able to do with average unit volumes and sales gave us a lot of confidence in looking at something like Tilted Kilt, which has struggled the past few years with identity, store closures and unsatisfied franchisees.”

Akam said Tilted Kilt, which has shuttered about half its system since 2014, still has good name recognition.

“They have restaurants scattered throughout the U.S., which is harder to manage but, from an identity standpoint, they are in a lot of different regions,” he said. “We felt we had a good opportunity to grow those regions strategically and maybe get away from the single-ownership philosophy.”

Akam said the ARC team can “make a difference” in the Tilted Kilt brand.

“Over the next 60 days, it’s our goal to do a lot of discovery with the franchisees and current staff and get a better idea of what their challenges are out there, whether they be menu or branding or marketing or whatever,” he said.